Navy SEAL is one of the most elite and respected forces in the U.S. and which boots they wear is a source of great curiosity for boot lovers/fanatics across the world.

As always, I’ve got your back. After speaking to some SEAL veterans and doing my fair share of research, I’ve compiled this guide just for you.

In this post, I’ll cover everything about the types of Tactical Boots the Navy SEALls wear during their endeavors and training and some interesting facts. 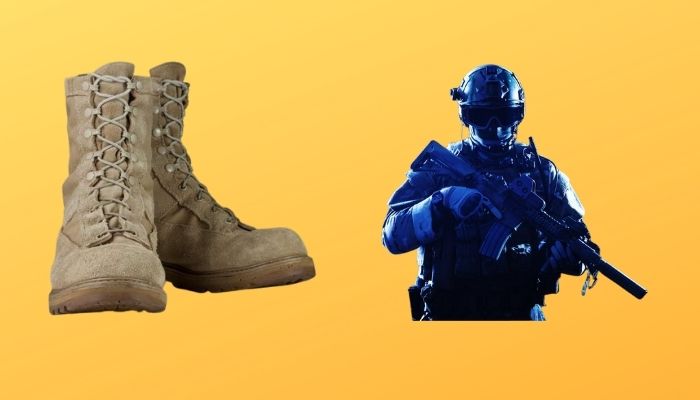 So, don’t miss a single line and start scrolling.

Let’s start with a little introduction. The United States Navy Sea, Air, and Land (SEAL) Teams, popularly known as the Navy SEALs is an elite force from the U.S Navy’s special operation force.

They’re also a part of the Naval Special Warfare Command and engage in missions that are beyond regular forces.

In short, they’re a force of highly-trained elite soldiers who have no boundaries. They can be called upon at any time, at any place to carry out important missions.

You must be wondering, what’s up with all the intro and info? Well, it’s for your convenience. You’ll find out right now.

Since they operate on almost every terrain possible, they do not have specified tactical boots assigned to them. They use different kinds of tactical boots depending on the terrain they’re on.

Navy SEALs will wear one footwear during training, then they’ll wear a different one during their operations.

You’ll be surprised to know, they even wear the famous Converse during maritime operations.

But, this doesn’t mean they’ll wear anything they can get their hands on. There are certain features their boots must have to make them suitable for use. We’re talking about the Navy SEALs after all!

So as I said, Navy SEALs wear boots depending on their need.

What Features Do Navy SEALs Look For In Their Boots?

Remember I told you, SEALs look for certain features in their tactical boots? You must be wondering what are they? And, rightly so! Don’t worry I’ve listed them down for you. 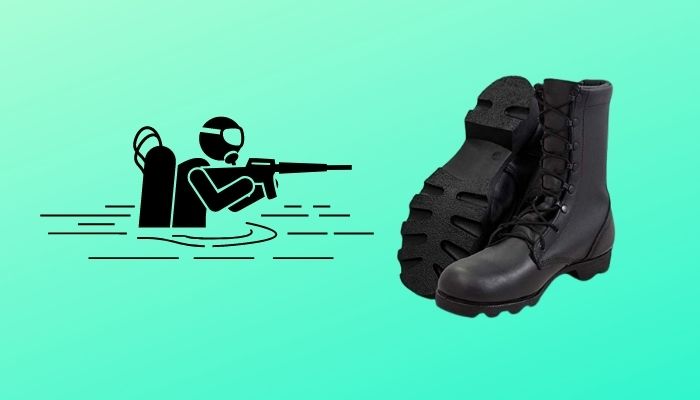 Here are the features Navy SEALs look for in their boots:

Breathability: think this one needs no explanation. Breathability is a crucial factor for any soldier. To keep up with the demands, fresh and healthy feet are a must. Hence Navy SEAls prefer boots with good breathability.

Padded soles: When walking through hard treacherous terrains, comfort is crucial for anyone. Therefore, well padded soles are a must have in the artillery.

Also related to this guide Are Tactical Boots Good For Snow

Heel And Toe Protection: When a Navy SEAL is required to go through thick jungles or hard mountainous terrain, impact with the sharp and hard objects is a huge possibility. Therefore, boots with reinforced heel and toe are a must.

Vents: I think you can guess why the SEALs want vents in their boots? It’s simple, to add an extra layer of breathability.

Waterproofing: Maritime operations are a big part of a Navy SEALer. It’s not only that, they can also be deployed on nasty swamp areas or wet terrains. These are a few of the reasons why a pair of waterproof tactical boots is a must.

Proper ankle support: High jumps or brisk movements are part of their daily routine. So, there lies a very good chance of a twisted ankle or other ankle injuries. This is the reason Navy SEALs prefer boots with proper ankle support.

Slip and  Oil-resistant soles: Do I even need to mention this one? Of course they’ll have to wade across slippery surfaces for certain missions. To have a firm footing to maintain stealth or whatever the reason, Navy SEALs need a slip and oil-resistant soles.

Comfort: How can you carry out a tricky mission if your feet are in total discomfort? That’s comfort is a very crucial factor. Tactical boots generally come with midsoles which adds an extra layer of comfort and of course the paddings are there. But, it shouldn’t be taken for granted.

Read more on How Should Tactical Boots Fit

What Tactical Boots Do Navy SEALs Wear During BUD

After the initial selection, BUD (Basic Underwater Demolition) is the first step of training, athletes need to overcome to guarantee a place in the SEAL. It’s a gruesome training program that lasts for 24 weeks. And, almost 20 hours per day.

The BUD training program tests your strength; both physical and mental, endurance,  perseverance. And yes you’ll need a good pair of boots for this program.

Navy SEALs are elite warriors and one of the most respected around the globe. So, if you want to be a part of such an organization you’ll need to prove yourself among the best. And good pair of boots is a must.

Generally, athletes prefer tactical boots which are more suited to training rather than anything else. The Bates 922 is an excellent option for this criteria.

As you gradually pass each test, you’ll be taken to the air, water and many different terrains for advanced training.

Remember, I told you about 6 inch and 8inch tactical boots in the beginning? Navy SEALs use them from time to time depending on their needs.

Let’s begin with the 6 inch boots first, these boots are usually just above the ankle. They’re great for running, hiking across treacherous terrains. They’re lightweight, which makes them quite agile and offers proper ankle support. 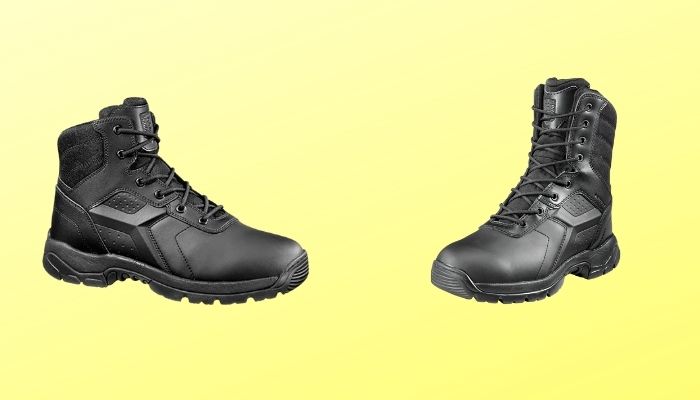 On the other hand, 8 inch boots are more about stability and better protection. SEALs use them when they’re passing through dense jungles and other places where the danger lies at every moment.

They’re comparatively heavier, but you’ll get adequate stability when you’re carrying heavy loads on your back.

You may also like to read: Can You Use Tactical Boots For Hiking

What Do NAVY SEALs Look For During Peak Performance?

Peak Performance is your best output during your BUD training, be it swimming, running, push-ups or pull-ups. Reaching peak performance is vital if you want to be recruited.

To reach peak performance you’ll need a pair of boots that has everything necessary for your success. So, what do Navy SEALs want in their footwear to reach their peak?

Other than that, they want boots that offer good comfort, and have a custom fit. You won’t be able to do anything properly if you’ve ill-fitted boots or that are uncomfortable, let alone the BUD training program.

Another important aspect they look for is breathability. Internal heating ultimately leads to sweating. It not only makes you feel uncomfortable but also increases the chance of slipping inside your footwear.

If you’re in the BUDs program I’m sure you wouldn’t want to slip inside your boots during the most training regime of your life now, would you?

Why Do Navy SEALs Wear Converse In Maritime Operations?

You must be wondering, Converse that too in the Navy SEALs!? Something doesn’t add up!  Well, it’s actually a fact. Navy SEALs do wear the famous Chuck Tailors during maritime operations.

They’re the unofficial athletic shoes of the U.S Special Naval Warfare. And, they’re greatly appreciated by the Navy SEALs due to their iconic design (not in a fashion sense of course). 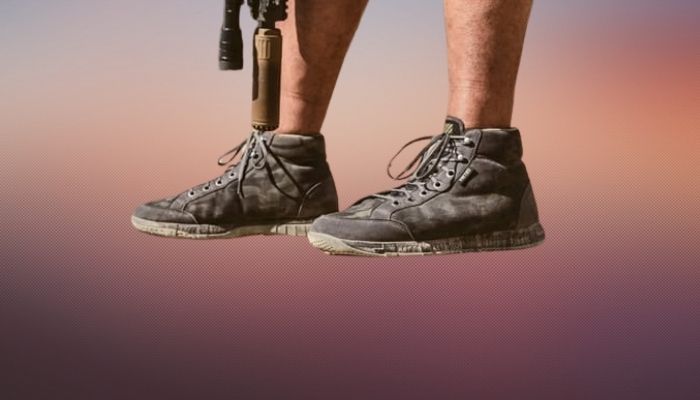 It’s a good choice as a functional sneaker in sea,land and close-quarters combats. You’ll be surprised team members are issued all-black Converse in maritime operations. Some even prefer to wear them in-land.

Reason for such popularity? It’s the design, they’re very lightweight which means no extra bulk, resulting in better mobility. They have flat soles, which ensures a better weight distribution for enhanced stability.

The U.S Navy Seals wear different types of military-specific tactical boots. The type of boots depends on the mission they’re assigned, which I think is the best possible idea. Since they don’t operate on specific terrain.

That’s all from me today. Don’t hesitate to ask for further queries. And share it with your friend, who might be in need of such information. Take care. 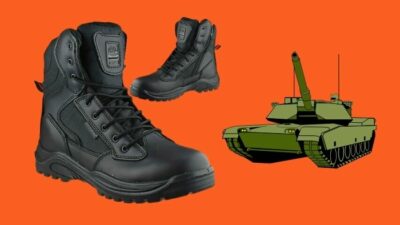 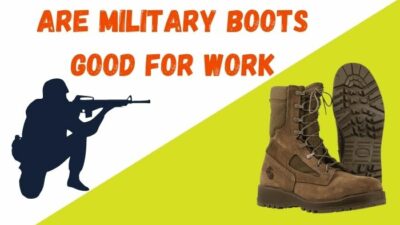 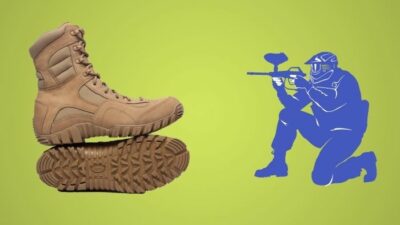