Can You Run In Cycling Shoes? [Explained for Beginners 2022]

I hear you want to know whether or not you can run in cycling shoes?

Well, you’ve landed in the right place. After searching the internet for countless hours and trying it out myself, I’ve come up with this ultimate guide that will answer all your questions. 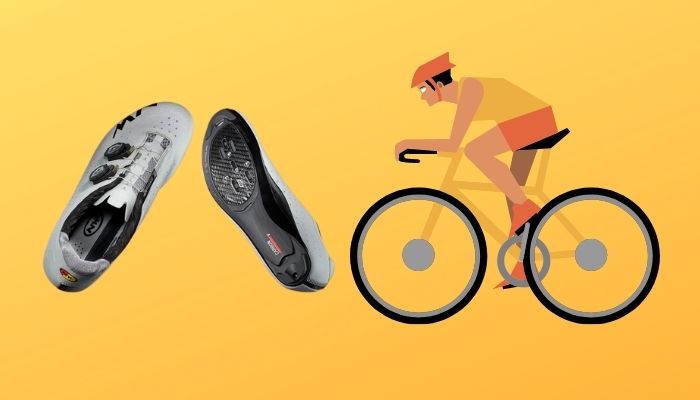 So, can you run in cycling shoes?

No, you can not run in cycling shoes. It’s because the sole of cycling shoes is completely made out of carbon fiber which is rigid in nature. You won’t get the necessary flex for running. Plus, they come with cleats that are used to hold on to the pedals, making them unsuitable for the road.

Not something you were expecting? Well, the feeling is mutual. But, don’t you worry! I’ve outlined the exact reasons that make running in cycling shoes bad for your feet.

So, keep on reading till the end.

Can You Run In Cycling Shoes? Answered

Right about now, you know the answer. You can not run in cycling, it’s mainly due to the construction of this footwear which prevents you from doing so. More specifically, it’s the soles that stop you on your track.

That’s right! The silhouette is completely different from that of running shoes. You’ll rarely find laces in the, the closure mainly consists of 2-3 velcro straps. And, the soles are made of carbon fiber, which is not used in running shoes.

Plus, there are cleats that help the cyclist to hold onto the pedals firmly.

Cycling shoes lack the flexibility to run comfortably. To be more precise, you simply won’t be able to run on the road due to the carbon fiber sole. The chances of slipping are quite high.

Road bike shoes are completely made for cycling on roads. They’ve carbon fiber soles (as mentioned before) along with a two-hole or three-hole cleat system. This design allows the rider to have maximum cycling efficiency.

On the other hand, mountain bike shoes usually have a recessed cleat system. It means the cleats are placed inside the soles.

Compared to road bike shoes, they are somewhat flexible so that you can hike in them when the need really arrives. But, that doesn’t make them suitable for daily running.

If you really want, you can do a short burst or walk in them for a while. Whereas walking in road bike shoes is impractical.

At this point, you’re somewhat convinced that running in cycling shoes is not a good idea. To make it completely convincing, I’ve made a list of key differences between the two footwear. 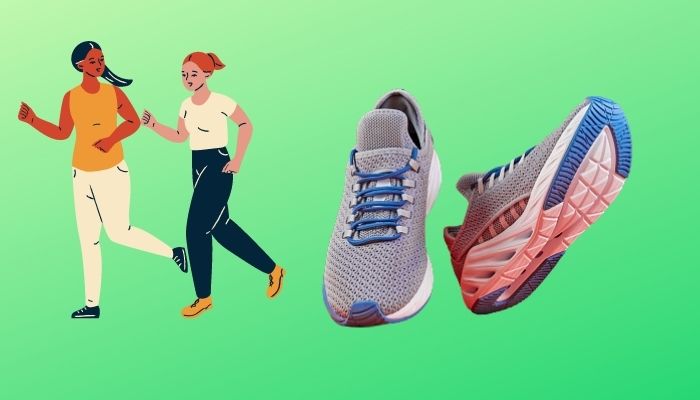 Here are the key differences between cycling shoes and running shoes:

The first and most important aspect you have to look at its functionality. And, both of the footwear are completely different from each other.

Cycling shoes are made so that they can make the most of a rider’s energy in cycling. It mainly has to do with the stiffer sole and the silhouette.

On the other hand, running shoes are made keeping the runner’s foot in mind. They’re lighter and have the ability to absorb the stress that falls on the foot when someone’s running, keeping him/her going for an extended period of time.

Check out our separate post: Do Koolaburra Uggs Run Big

I guess you already have an idea about this one right about now. The main difference between cycling and running shoes is all about the soles.

Cycling shoes have soles that are mainly made of carbon fiber and are rigid in nature. To make things more interesting they’ve cleats attached to them, so the raider can have a firmer hold of the pedals.

Running in them is just unrealistic and can be hazardous to your foot’s health.

Running shoes have soles that consist of EVA and other soft materials. The soles have intricate traction pads which allow you to run across various terrains. The soles are soft and are capable of mitigating the stress that falls on your feet while running.

Another difference between the two footwear is the different type of closure used in each of the footwear.

Cycling shoes mainly come with velcro straps as a closure system. It’s because laces getting untied while cycling can lead to catastrophic outcomes.

Athletic footwear such as running shoes mainly comes with laces. There was a time when a combination of velcro and laces were used. Nowadays you can even find them without laces. Does the name “sock-sneaker” ring any bell?

Why do I have a feeling that you know the answer to this one right about now!

When it comes to versatility, cycling shoes are quite one-dimensional. Other than cycling you can hardly use them anywhere else. But, you can do a small length of hiking with mountain bike shoes (MTB).

This is a crucial factor when it comes to any footwear. Trust me no one wants to be in a pair of heavy footwear.  Luckily, these are sports shoes so the weight isn’t that big of an issue.

Since a line has to be drawn between the two, you’ll get that line! So, no issues there.

When it comes to weight, running shoes are a tad bit lighter compared to their cycling counterparts.

Follow our guide to know Do Timberland Boots Run Big

Why You Shouldn’t Run In Cycling Shoes?

Right about now, you have a pretty good idea as to why you shouldn’t run in cycling shoes. But, I’m going to tell you more regarding this topic.

There are many reasons why you shouldn’t run in cycling shoes. And, the main reason for this is the sole. Cycling shoes are made of carbon fiber which is light yet rigid in nature. 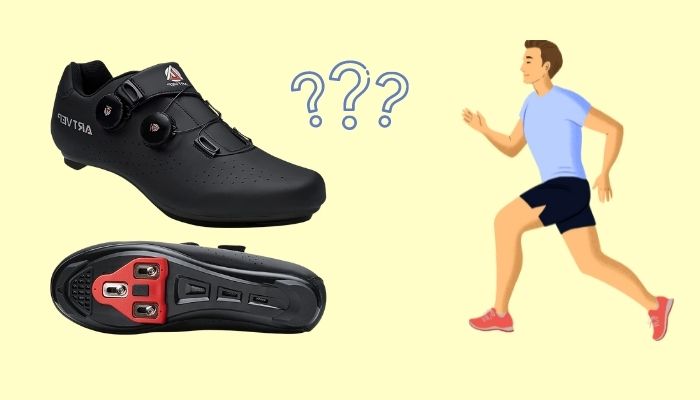 To run properly, you’ll need proper traction and flexibility, which you won’t get in the carbon fiber soles of cycling shoes.

You’ll easily slip and end up getting injured if you run on concrete or any hard surface. Another thing you’ll come up against is a variety of foot diseases. You might end up having plantar fasciitis and develop bunions and corns if you run in cycling shoes.

Running shoes have lighter and softer soles to counter this variety of foot diseases. Also, they provide better traction on different hard surfaces.

So, if you had any prior idea of running in your cycling shoes; you might as well discard it right away.

Can You Run In Mountain Bike Shoes?

I don’t know who thought of this idea, but running in mountain bike shoes is dangerous in every way possible; especially for your safety and performance.

Let’s start with safety first. As previously mentioned cycling shoes have rigid soles. You won’t get the necessary traction that’s needed to do something like running.

If you decide to run in mountain bike shoes, then you’ll simply have a nasty slip and cause severe injuries. And after that, you’ll be frustrated with yourself and wonder why you did it, in the first place.

The recessed cleats allow you to walk or hike in the mountains for a short span of time, not run in them. Therefore, I’d urge you to stay within your limits. If you must run, then do it with a pair of shoes that are meant for the job. Because of better safe than sorry.

Cycling shoes are tailor made for cycling only, and not anything else. If you really need to run then you better do it using a pair of running shoes. They are called cycling shoes after all!

This was my take on “can you run in cycling shoes”. I really hope you’ve had your answer. Do let me know if I’ve missed anything important. You also share this information with someone who might be in need of it. Take care. 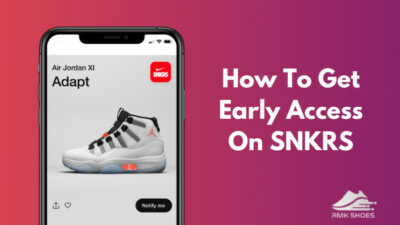 Guide
How To Get Early Access On SNKRS? [Complete Guide 2022] 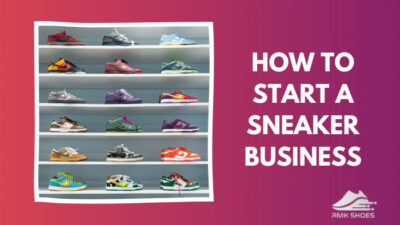 Guide
How To Start A Sneaker Business? Guide For Beginners [2022] 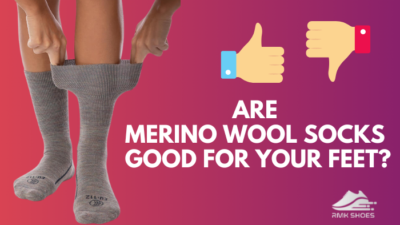 Guide
Are Merino Wool Socks Good For Your Feet? [Guide 2022] 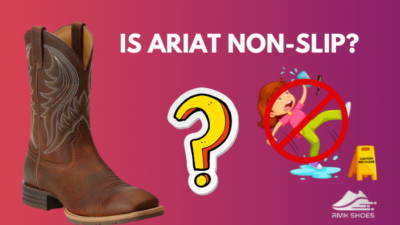 Guide
Is Ariat Non-Slip? Know Before Your Purchase [In 2022]